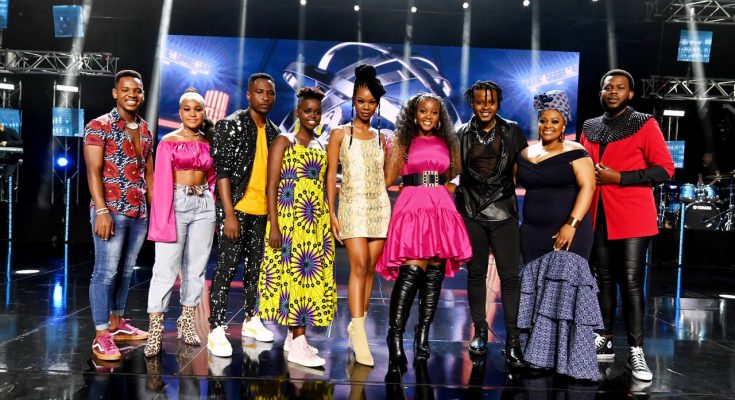 Tonight, Idols SA bid farewell to Succedor, whose performance of Stevie Wonder’s ‘Higher Ground’ could not secure him a spot in top 9 of the 16th edition of the competition. The remaining contestants, however, showed they are in it to win it as they performed under the theme ‘lockdown hits’.

“Seeing a contestant eliminated is not easy – all of these singers are talented and have potential – but the survival of the remaining contestants is in the hands of the voters, so they need to continue voting to ensure their favourite Idols wannabe remains to the end,” said Nomsa Philiso, the director of Local Entertainment Channels at M-Net.

Jooma, the first to be named as part of the Idols SA top 9, was first to perform, singing Loyiso’s ‘Madoda  Sabelani’. While Unathi Nkayi merely thanked him on behalf of the women of South Africa, Randall Abrahams advised him to “change it up” for more variety even as he commended him, calling him a good vocalist. Somizi Mhlongo-Motaung praised the performance, saying it was enough to take him to the finals and beyond.

Bongi was next with ‘Stand Up’ by Cynthia Erivo. Unathi said it was a beautiful performance, while Somizi said her performance was her way of saying she was in a competition and taking no prisoners. Randall agreed with them, reminding her that at a certain stage of the competition, she would need to perform twice.

ZanoThando performed Miss Pru Dj’s ‘Price to Pay’. While all the judges commended his song choice, Somizi urged him to show his emotional side and Randall was disappointed at his restraint. Unathi said he was a formidable entertainer.

Be, too, was commended for her song choice – Ella Mai’s ‘Boo’d Up’ Randall said she had handled the song well, with Unathi saying it was a fantastic performance. Somizi, however, said while she had performed well, something was missing. “I miss the Be of the auditions,” he said.

Ntokozo sang ‘Happiness’ by Kelly Khumalo. While Unathi felt her emotions did not match the song in parts, Somizi disagreed, saying she had understood the state of mind of Kelly Khumalo – “She got the brief,” he said. Randall, however, was full of praise.  “This was your first real performance because you were committed it. You were part of the song, giving it meaning,” he said.

Brandon’s rendition of Justin Bieber’s ‘Sorry’ had the judges praising his performance, but Randall and Somizi urging him to own the stage. “This is not an audition,” Somizi reminded him. But as far as Unathi was concerned, Brandon’s performance was “brilliant and flawless”.

Ndoni, on the other hand, had totally sold her performance. Singing and dancing to Idols SA alumni Amanda Black’s ‘Ndizele Wena’, she left Somizi with only two words – whimsical and ethereal. Unathi said this was her best performance this entire season. “You were perfection in my eyes,” she said, while Randall acknowledged it was a good performance.

Zama’s performance of Doja Cat’s ‘Say So’ was also well received by the judges, with Somizi declaring himself a fan and Unathi saying she deserved to be in the competition. Randall commended her versatility, saying she had to be an exceptional performer to pull that performance off.

The final contestant of the evening, Mr Music, was able to pull off a fun performance despite spending the entire show on the edge of his seat as the Idols SA top 9 was announced. His performance of Sun-EL Musician and Ami Faku’s ‘Into Ingawe’ had the judges in agreement that not only did he engage with the audience – there was also something they would remember by. “There’s something beautiful about your voice – it is distinct,” Somizi said, with Randall adding: “I think your personality comes across and jumps off the screen.” Unathi adding the song was written for him.

Next week, the top 9 will fight it out to secure a spot in the top 8. Voting lines are open – it is time for the voters to make their decision.

Idols SA season 16 is on Mzansi Magic, DStv Channel 161 on Sundays at 17h00. For more information visit our website: http://www.idolssa.tv 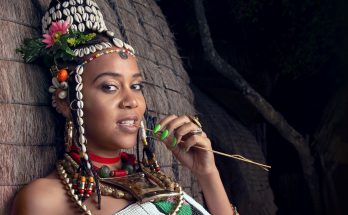 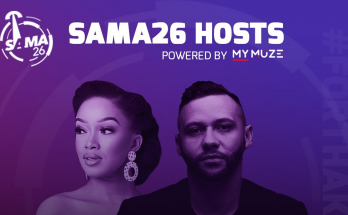 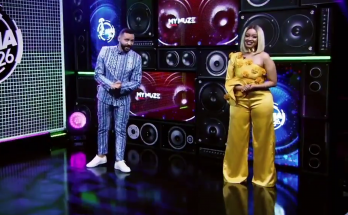